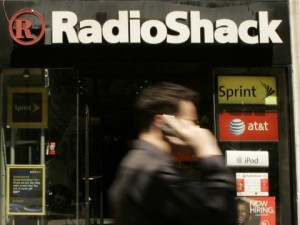 The news that RadioShack was closing half of its stores and selling others caught my eye. How could it be? They once sold a computer, the TRS-80, that was more popular than Apple’s. As a buyer, I preferred the small store feel of RadioShack over big boxes like Best Buy or the predictable wait at the Verizon store. The RadioShack retail clerks were knowledgeable and I was able to get in and out with the solution I was seeking.

A little research ( BusinessWeek, NYT, WSJ) reveals the answer to how what was once the world’s largest electronics chain went bankrupt. It was a lethal combination of lack of planning coupled with stupid sales techniques.

Let’s take planning first. RadioShack had been a reliable place to get electronic gadgets like GPS, camcorders, CD players, calculators and answering machines. Then, along came smart phones that were either already equipped with, or had apps for, most of those devices. One writer found that, of fifteen products listed in a RadioShack newspaper advertisement, thirteen of them were available on smart phones: http://www.huffingtonpost.com/steve-cichon/radio-shack-ad_b_4612973.html

Good strategic planning would have anticipated these trends and positioned RadioShack with new ways of creating value for their customers. Instead, RadioShack was left selling buggy whips when their audience had moved to cars, fast ones at that.

Now, to stupid sales techniques. There is a Neanderthal view, still held by some, that salespeople are hunters and prospective buyers are their prey. This attitude reveals itself when you hear pabulum like, “The sale doesn’t begin until the prospect says no.” What an obnoxious thought, whether it is applied to retail or business–to-business settings. Did they ever hear, “What part of no don’t you understand?”

But, near the end, RadioShack directed its clerks to push insurance plans on every item sold until the poor customer said “no” three times. The outcome of this stupid sales technique was customers and retail clerks alike fleeing. David Galloway, professor at NYU’s business school put it well when he offered this comment on RadioShack’s demise: “I wouldn’t even call this a failure. I’d call it assisted suicide.” (Bloomberg Businessweek, February 15, 2015)