Our clients have two things in common: 1 they are all very busy and; 2 they like to hear about concepts that will help them do their jobs better. Thus, we periodically will review books we believe may catch their attention or be worth a read. 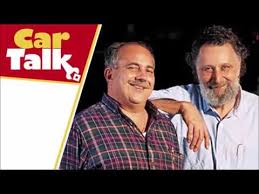 (2019) by Jim Clifton and Jim Harter is the subject of this review. If you pick it up, you will notice the top of the cover has in bold “From Gallup”. This requires a little clarification.
Back in 1988, Don Clifton’s firm, (Don was Jim’s father), acquired Gallup. For branding reasons, they kept the household name Gallup over Don’s SRI business which stands for Selection Research Institute.
Before SRI, Don taught educational psychology at the University of Nebraska.

When I was a young academic myself, I attended a conference and heard Don offer the background for his focus on strengths over the common pattern of concentrating on weaknesses. At UN, Don was approached by the head of ROTC and asked to help with an attrition problem. Don’s recommendation was to look at the characteristics of cadets who persisted rather than studying traits of those who dropped out. His advice to ROTC was to recruit more cadets with characteristics of those who persist. Focus on strengths, not weaknesses.

This approach worked and along with other successes led to Don starting the Selection Research Institute and eventually becoming known by some as the Father of the Strengths Based Psychology.
The title of the book is likely informed by James Carville’s revelation for Bill Clinton’s 1992 presidential campaign, It’s the economy stupid!

Based on reviewing thousand of data points over 80 years of Gallup’s existence, the author’s most profound guidance for CEOs and CHROs is, It’s the Manager. This makes common sense because the manager is the focal point of day-to-day coaching and reinforcement. And Gallup cites evidence that modern workers are more driven by opportunities to develop personally and professionally than they are by fancy coffee machines or on site volley ball courts.

To make the point more precisely, managers need to act as personal coaches more than controlling bosses. This finding is not original, it echoes research performed by Rackham (1991) and others that the key to organizational performance is to have managers serve as coaches.

Click and Clack, the Tappet Brothers, used to refer to commercial interruptions of their Car Talk radio show as Shameless Self Promotion. Roughly half of It’s the Manager makes the case for developing managers. The other half falls into the category of shameless self-promotion of Gallup solutions.
If you haven’t read Gallup’s First Break All the Rules (2004) I would recommend that you pick it up first. It is near the top of my list of recommended reading.