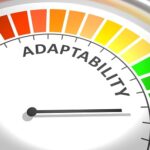 I have been a long-time reader of Sports Illustrated especially enjoying the writing and humor of contributors like Frank Deford and Rick Reilly. Thinking my young grandson would find similar inspiration to read, I bought him a subscription to SI as a Christmas gift. Nicholas did find inspiration, but it was of the unintended variety. He got busted in elementary school for smuggling in the annual SI swimsuit issue.

Which brings us to the most recent SI issue and the cover story on the retiring Coach K, Mike Krzyzewski. I am not normally a fan of coaches promoting leadership methods or techniques. I have always wanted to ask another college basketball coach, Rick Pitino, author of Success is a Choice, if he chose to lose his job when he was let go by Louisville.

In the 2004 Olympics, US basketball was humiliated when they lost their opening game to Puerto Rico by 19 points. Coach K of Duke was chosen over veteran NBA coaches to bring back the glory of gold four years later. The 2008 Olympic team would be dominated by established NBA pros like Kobe Bryant, LeBron James, Dwayne Wade, Jason Kidd and Chris Paul. It quickly became clear to Coach K that his motivational methods with young college players would fall short with these more mature millionaires. To be successful Coach K understood he had to change.

These words stood out to me because they are at the core of our Adaptable Leader program. One, the essence of the program is that leadership is interpersonal, whether leading a team of college players, NBA stars or software engineers. Two, the quality of those interpersonal relationships can be extrinsically motivating or deflating. Three, to have the former, the leader needs to adapt to his or her team members, not the other way around.

We teach our Adaptable Leader participants how to read and then adapt to what each team member needs in their relationship and drive performance to the highest levels. While we cannot promise that you will be on the cover of a magazine, we can guarantee that your team’s performance will improve. Learn more: https://www.tildensst.com/2022/03/01/adaptable-leader-summary/