↓
Home→MBTI→Under My Skin: Another Shot at the MBTI 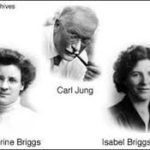 George Will was once asked how he chooses topics for his columns. He responded that about once a day something gets under his skin and that is what he chooses to write about.

Perhaps this explains why George Will is so much more prolific than I. And please I am not comparing myself to George Will. Indeed, I confess to relying on a dictionary whenever I read one of his columns. But when I read unfair criticisms of the Myers Briggs Type Indicator, it gets under my skin.

Benjamin Hardy’s recent book, Personality Isn’t Permanent (2020) was reviewed by Fast Company’s Stephanie Mazza in July of 2020. Her headline caught my attention, and yes, got under my skin: Why Personality Tests Could Derail Your Future Goals.
I had not heard of Hardy previously, but evidently, he is some sort of a self-help guy who offers up tips like these from his 2016 top 50 list:
 Say Thank You Whenever Served
 You Can’t be Unhealthy and Understand Health
 Make Your Bed
 Replace Warm Showers with Cold Ones (after all, Tony Robbins does.)
 Stop Reading Newspapers
His criticisms of the MBTI are aligned with those of Merve Emre’s 2018 Personality Brokers and fall into two categories: 1 the MBTI treats personalities as permanent and; 2 It is unscientific.
Bryan writes:
“Briggs proposed that differences in people are innate and unchangeable.”
Of course, he offers no citation for this absurd statement which is totally contrary to the MBTI approach and Jungian theory upon which it is based. In my 2018 review (https://www.tildensst.com/2018/10/12/another-shot-at-the-mbti/) of this same false assertion by Emre, I wrote:
“Type dynamics explains how we focus on different preferences as we mature. The emphasis is on “dynamic”, not “fixed” and never evolving.”
Simply put, neither Jung nor Briggs nor Myers ever suggested that personalities were unchanging. They are dynamic.
Now to the second criticism that the MBTI is “unscientific.”
The evidence Emre offers, echoed by Bryan, is that neither Katharine Briggs nor her daughter, Isabel Myers, were academically trained in psychology. This is true. But, let’s reflect on the era when psychology was in its infancy and most of the field’s key figures, like Freud and Jung, were physicians. Katharine began work on what became the MBTI in 1942 and the American Psychological Associations first discussions of advanced degrees in psychology began seven years later.

What Katharine did was discover Carl Jung and sought, with the eventual assistance of her daughter, to explicate his theory of personality with an assessment so others could benefit from Jung’s genius. Today, the MBTI is the world’s leading personality assessment and millions around the globe have benefited from learning more about themselves and their similarities and differences with others in how we think and communicate. And, yes there is a small army of academically credentialled people who carry on the work of Jung, Briggs and Myers at places like the Center for the Applications of Psychological Type at the University of Florida.
In terms of the science, the MBTI Manual meets all the standards of the American Psychological Association and is chock full of studies supporting both its reliability and its validity.
In closing, I’ll simply assert that the science behind the MBTI is far more substantive than pabulum like make your bed.