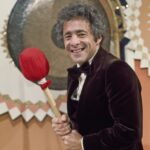 Are you old enough to remember the Gong Show? It was hosted by Chuck Barris as a spoof on popular game shows. The key moment was when Chuck would hit a bell thereby giving the hook to a contestant trying to sing something like Feelings, which was number six on the charts in 1975.

Turns out there is a new Gong, the name chosen by founders of sales training software that uses AI to monitor and categorize what salespeople say during their conversations. Never heard of them? Well according to Forbes, they have recently reached $2 billion in valuation in an anticipated IPO.

Doing sales training ourselves, we were intrigued by what Gong and its competitors are doing. Turns out it is nothing new. Using Flanders Interaction Analysis to measure what kind of verbal behavior by teachers results in better educational gains goes back to the 1960s, before the Gong founders were born.

Neil Rackham assessed the kinds of verbal behaviors that were most effective in negotiations in the 1970s 1.That research caught the eye of Xerox and several other firms who hired him to determine what worked in major sales settings. Contrary to popular belief in the early 1980s, it was not closing. In fact, Rackham found that the use of closing techniques was inversely related to successful outcomes.

Rackham’s team discovered that it was the asking of good questions that separated high performing salespeople from the rest. This paved the way for his book, SPIN Selling (1988) which served to revolutionize the field of selling.
What is new and what makes this version of Gong shiny is the use of AI. Hats off to the soon to be wealthy founders.
But when you dig a little deeper, questions arise to this skeptical eye.
One: What kind of sale is it? Commodity? Consultative? What works verbally in those two situations is starkly different.
Two: Where is the conversation in the pipeline? If it is in the early stages, you would hope the prospect would do much more of the talking.
But when the salesperson wins permission to propose a solution, or make a pitch, you would naturally expect him or her to do more of the talking.
Here are a few preliminary thoughts on what to look for and coach in different pipeline stages of a consultative sale.
Early Stage
Early on the focus should be on learning as much about the prospect or client as possible. Rackham’s SPIN method is the most popular guide good questioning. Naturally, we favor our 3D 2 approach.
What SPIN misses is the crucial skill of listening. A good question planned and asked is a wasted exercise if not accompanied by active listening.
We teach the skill of summarizing what the other party said. You cannot do it without actively listening.
The Pitch
Is it about them? A surefire way to turn off a prospect is to deliver a canned pitch that solves some else’s problem and not theirs.
Is it interactive? Another deal killer is to dim the lights and run through a slide deck. Just Google death by Powerpoint.
Are the communication themes balanced to appeal to all personality types? This is an easy take-away from our personality-based SST- Successful Selling to Type training.
Stories? Facts don’t persuade. Stories do.
If Chuck Barris were alive today, he would likely bang the gong on investing in sales speech analysis software prior to determining the verbal behaviors (the independent variable) that advance the sale (dependent variable). Without that knowledge, you could be measuring the wrong things and coaching the wrong behaviors.

1 Rackham found the better negotiators spent more time understanding the other party by questioning and summarizing.
2 Dimension one is the organizational structure. Two relates to lines of business. And the third dimension is learning about competitive landscape and strategy.