I like Carol Dweck’s science more than I like her “popular” writing. Let’s begin with the former. Dweck and her associates (1995, 1998, 1999, 2002, 2005, 2006) conducted ground breaking research on the relationship between subtle linguistic cues and motivation. Their findings blow conventional wisdom and well-intended common practices out of the water. In a nutshell, she found that generic praise (You are smart) does not motivate. Instead, it contributes to a fixed mindset where in the recipient of the praise is reluctant to take on new challenges for fear of failing.

Rather than generic forms of praise, we as parents, managers and teachers, want to focus on the effort (You must have worked hard). This form of praise contributes to a growth mindset which does indeed motivate. Her core findings, replicated several times, show that praising effort makes a crucial difference in how people behave.

When I read her research I was stunned at how experimental groups reinforced for a growth mindset consistently outperformed control groups being praised for fixed attributes. How simple. How powerful. How far-reaching.

Now to Dweck’s efforts at what she calls “popular” writing in her Mindset: The New Psychology of Success (2007). In the introduction she apologizes for taking liberties with the rules of grammar in order to sound “popular” and less formal. I am okay with that. But, I wish she had left all of the sports metaphors out. 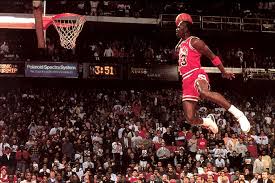 For example, she holds Michael Jordan up as an athlete who excelled because he had a growth mind set. Let’s face it. Michael Jordan was great because he could take off at the top of the key, suspend himself in air, and throw it down at the hoop. I doubt mindset entered into his ability to fly.

Then, she chooses John McEnroe as an example of a fixed mindset athlete. This is the same John McEnroe who looked like the kid bullies picked on even when he was winning grand slam tennis tournaments. Come-on, Carol. Mindset is really important. But, you have got to make room for natural talent and Jordan had a lot more of it than McEnroe, different sports notwithstanding. 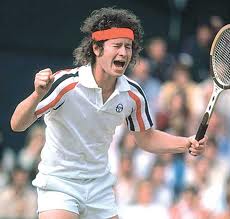 Nonetheless, I think so highly of her core contribution that I am recommending Mindset as holiday reading for everyone. Personally, I am buying copies of her book for my daughters for Christmas. The chapter for Parents, Teachers & Coaches is excellent.