As a rule, I don’t get involved with online discussion groups. They just seem to be a giant time suck. But, I broke that rule recently and got embroiled in a fairly hot and contentious discussion. 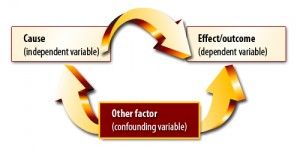 I belong to a group called Sales Best Practices, of which there are 216,000 plus members around the globe. I routinely get e-mails on discussion topics and just as routinely discard them. But, a recent one caught my attention when a member posed an innocent enough question: What are the differences between Solution and Insight Selling?

I offered this reply, which somewhat unexpectedly set off some rather hot reactions.

Solution selling is synonymous with consultative selling. The core notion is focusing on being client centered and acting like a consultant providing solutions. It is supported by landmark research by Neil Rackham and his team showing product pushes, closing techniques and handling objections don’t work in major and complex sales.

The insight selling group set solution selling up as a straw man and attack it and claim in a HBR article that it is dead. It is not. Insight selling, or challenger selling (same guys), is a marketing hype. They claim it is supported by their research which employs a bogus methodology.

Devoted disciples of Challenger Selling skewered me for:

..not having read the material

..and for criticizing the Challenger Selling research which ..is far from bogus as Mr. Tilden claims.

Good grief! They even stripped me of my academic title which I use on my Linked in page for this group.

Having not been in a barroom brawl for a couple of weeks, I defended my assessment of Challenger’s research with this post:

The problem with CEB research is that it is survey based, not experimental. Reputable researchers do not make cause and effect conclusions from ex post facto designs. Good research is characterized by experimental and control groups where an independent variable (behavior of the salesperson) is manipulated and the impact on the dependent variable (sales) can be measured and compared across the two groups.

CEB data are self- reported and thereby quite limited. Rackham’s research, by comparison, used a respected process call interaction analysis where there were direct observations of the independent and dependent variables. In other words, one of the key differences between Rackham and CEB is that his data were not self -reported. If they were, we’d still be trapped in the belief that closing scripts work. Many salespeople in his sample thought they did because of what psychologists know as the recency effect

CEB asserts that “all sales reps fall into one of five categories’. These are hypothetical constructs, and nothing else, until research establishes there are five, not fewer nor more, and that salespeople do not move from one style to another as the situation dictates.

Incidentally, I note that you refer to me as “Mr”. Tilden although I introduce myself in my Linkedin profile as Dr. Tilden As a rule this does not matter. But for the purposes of this exchange, I will point out that I am an educational psychologist by training with an earned doctorate in the field.

In closing, the word “bogus” was probably hyperbolic and I should have used something like “limited value”.

Well, I got a lot of “likes” and made some friends along with the enemies. As it turns out, we are not the only critics of CEB’s research: http://www.rainsalestraining.com/blog/thoughts-on-the-five-seller-profiles-in-the-challenger-sale/