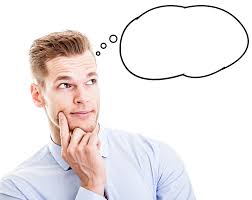 I had a George Carlin like reaction when I first heard the phrase “evidence based medicine”. What was it before, “guessing”?

Well, according to one experiment cited in Michael Lewis’ The Undoing Project (2017), the answer to the Carlinesque question is basically “yes”. Researchers asked medical doctors to predict the likelihood of cancer in ninety-six stomach ulcers. The twist was that the doctors were unwittingly shown the same ulcer twice. The results were described as “terrifying” because every doctor in the experiment contradicted himself revealing that he was, indeed, guessing. Carlin would likely quip, “If you want a second opinion, you don’t have to see a different doctor. Just ask the same guy twice”.

What put Lewis on the trail of his new book was an article in The New Republic (Thaler & Sustein) that pointed out that his 2003 book Moneyball, and the analytics movement it help catalyze, were based on the research of two Israeli psychologists: Daniel Kahneman and Amos Tversky .
I don’t intend to review The Undoing Project in this post. That has already been done quite well in the New York Times (http://www.nytimes.com/2016/12/06/books/review/michael-lewis-undoing-project.html). Rather, I will consider how the field of selling can benefit from the contributions of Kaheneman and Tversky and perhaps become a more evidence based practice.

Of course, it would help mightily if we had more evidence on how buyers respond to sellers’ behavior. Frankly, since the investigation of Neil Rackham and his team freed the field of selling from the wrong-headed idea that “closing” techniques were the key to selling success, there has been little quality research to inform us. Of course, there have been claims by the CEB group that their studies have ushered in the next revolution of “Challenger” selling.

But, don’t be fooled by large sample sizes or publications in the Harvard Business Review. The value of the research by CEB is quite limited because it is comprised of surveys of the opinions of salespeople or sales leaders of what they thought happened in successful sales. It was not based on direct observations as was Rackham’s work. Indeed, if Rackham had surveyed salespeople in the 1980s we would still be embracing closing techniques because in the opinion of salespeople and their leaders at the time, that was what worked.

Thus, the first observation is that we need good, direct observation based, research in selling. This is a fertile field for masters’ theses and doctoral dissertations.

However, there are three nuggets I have found from Lewis’ treatment of Kaheneman and Tversky that we can use right now:

1 Stories: Fifteen years ago, when we first started teaching presentation skills, PfP partner Harry Koolen and I would rotate with one of us observing the presenter while the other observed the audience. We noted that whenever the presenter started telling a story, the attending behavior of the audience changed. They put their Blackberries down and paid attention. We have incorporated stories into our training ever since. These modest and never published observations are certainly bolstered by the words of Nobel winning Daniel Kahneman when he writes:

“No one ever made a decision because of a number. They need a story.”

2 Praise: Kahneman and Tversky applied principles of statistics to undo the conventional wisdom that leaders should withhold praise because the next effort would be at a lower level. As Kaheneman and Tversky note, this phenomenon is simply regression toward the mean and not a function of praise. In other words, subsequent behavior will be more like average behavior and not caused nor influenced by praise. The take-away is that sincere praise can be motivating and should not be withheld.

3 Selection: When he was just twenty-two, Kahneman was asked by his superiors in the Israeli military to apply his knowledge of psychology to determine which branch of the military new recruits should be assigned: fighter pilots, infantry or armored unit. Kahneman undid the existing practice of interviewing which he deemed contaminated by the “halo effect”. This basically means that one trait like physical stature served as a “halo” that influenced the evaluation of all other traits.

Our experience is that our high performing salespeople work from their plan. May I see yours?

If medical doctors can contradict themselves in something important like predicting cancer, I guess I can contradict myself in this post and offer a few review like comments on the Undoing Project. One, I think it is an important read for anyone interested in applying sophisticated and research supported concepts to selling. Two, as Lewis himself recommends, I would also read Kaheneman’s 2011Thinking, Fast & Slow. Finally, I sure wish this book had an index because it is chock full of important thoughts and findings to which you will want to return.

Since I started with a funny line, I will conclude with one. When Tversky was asked if his work dealt with artificial intelligence, he replied, that no, “We study natural stupidity.”